May and June 1940 were rather dismal months for the Allies during the war, with ill-fated campaigns in Norway and France (which was redeemed at least in part by the heroic evacuation from the beaches of Dunkirk), and even that early in the war, and just prior to the Battle of Britain,  southern Africans were already making a name for themselves. Three intrepid airmen hailing from southern Africa and serving with the Royal Air Force (RAF) who were to be awarded the Distinguished Flying Cross (DFC’s) in June 1940, and who were mentioned in the “South Africa” periodical at that time include: 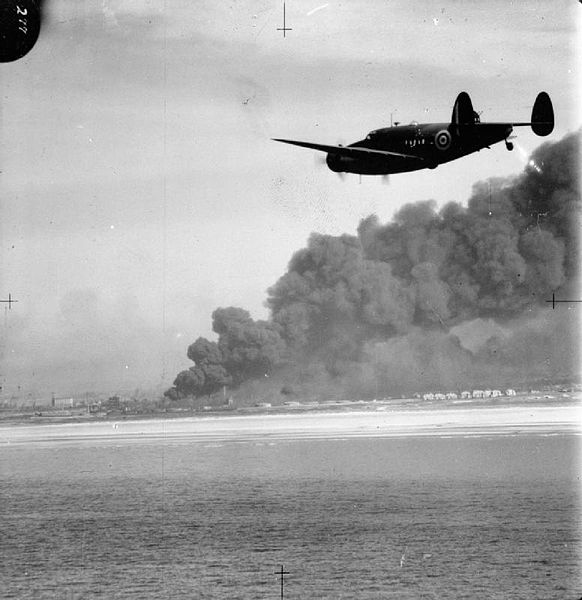 “Flying-Officer Ronald Nicholas Selley, R.A.F. [39689], a South African, has been awarded the Distinguished Flying Cross. Early  this month he commanded a flight of three aircraft engaged in protecting shipping in which the B.E.F. was being evacuated. A formation of some 47 Junker 87’s was encountered and immediately attacked. He shot down two enemy aircraft with his front guns and by skilful manoeuvring he also enabled his rear gunner to shoot down a third and to damage other enemy aircraft [LG, Page 3622,  14 JUNE, 1940]. He was born at Durban in 1917, educated at Michaelhouse, and entered the Royal Air Force as a pupil pilot in 1937.”

Selley flew a Lockheed Hudson during the Dunkirk evacuation, and was killed later in the war, on the 5 March 1941, and his name appears on Panel 4 of the Edinburgh (Warriston) Crematorium. He was 25 years of age at the time of his death.
…
“Flying Officer Hilton Aubrey Haarhoff, Johannesburg [43156], who has been awarded the Distinguished Flying Cross, was a rear gunner [with it would seem his fellow South African, R.N. Selley, as the pilot] in one of the three aircraft forming a flight which protected the shipping engaged in evacuating the B.E.F. The flight encountered some 40 Junker 87’s which immediately attacked and he destroyed one enemy aircraft and severely damaged another two.”


“In June, 1940, this officer was the rear gunner in one of a flight of three aircraft engaged in protecting shipping evacuating the British Expeditionary Force. The flight encountered a formation of some forty Junkers 87's, which were immediately attacked. Taking full advantage of the opportunities afforded by his pilot, Flying Officer Haarhoff destroyed one enemy aircraft and severely damaged another two.”
…
Acting-Flight Lieutenant C. [Caesar Barraud] B Hull, from Shangani, Southern Rhodesia, a former cadet of the Transvaal Air Training Squadron, has been awarded the the Distinguished Flying Cross  for gallantry. After shooting down an enemy aircraft on May 24 he two days later engaged five enemy aircraft single handed. He shot down four  of them and damaged a fifth. Next day he attacked enemy aircraft greatly superior in numbers until wounded and forced to retire.” (Accomplished while flying with No 263 Squadron, flying a outdated Gloster Gladiators ).

Actual-citation [LG, Issue 34878, 21 JUNE, 1940, page 3784]: Acting Flight Lieutenant Caesar Barrand HULL (37285). After having shot down an enemy aircraft one day in May, 1940, this officer, two days later, relieved the Bodo Force from air attack by engaging five enemy aircraft singlehanded. He shot down four of the enemy aircraft and damaged the fifth. The next day, despite heavy air attack on the landing ground, he attacked enemy aircraft in greatly superior numbers until he was wounded and forced to retire.

Caesar Hull was to command No 43 “Fighting Cocks” Squadron during the Battle of Britain and was killed on the 7 September 1940.
Subscribe